Templeton Group and Auckland Council have agreed to a land swap that will enhance amenity for Stonefields residents, and improve walking access to and preserve the mana of Maungarei Mt Wellington.

The swap resolved several access, amenity and development issues. Lot 901 was zoned a combination of single housing, terraced housing and apartment buildings, with the majority of the site impacted by a significant and ecological areas overlay. Lot 1 was zoned Terraced Housing and Apartment Buildings, but subject to a historic development agreement under which it was intended to be vested as a reserve, a pocket park.

Paul van Dorsten, Chair of the Stonefields Residents Association, says, “This agreement establishes continuity of access to Maungarei and the walking trails around Stonefields. We canvassed members, and all feel an important connection to the maunga,” says Paul. “It is incredibly important to the community well-being, and it is as much a part of our community as we are a part of it. Many of the local children refer to the mountain as ‘My mountain’”.

“The swap is the best available way for residents to secure permanent walking and cycling access to amenities within Stonefields."

“It means that residents and recreational walkers can get access to Maungarei itself and, by opening up access to Lunn Avenue, it means that children can safely walk to school.”

“It’s a brilliant outcome for the community. Hats off to Templeton and Council for doing something that improves Stonefields’ amenity for all.”
Templeton’s CEO, Nigel McKenna says that the over-riding objective of the land swap was to enhance amenity for the community and respect the mana of Maungarei in its capacity as “The Watchful Mountain”.

It represents the outcome of a series of mature conversations between Templeton and Council. 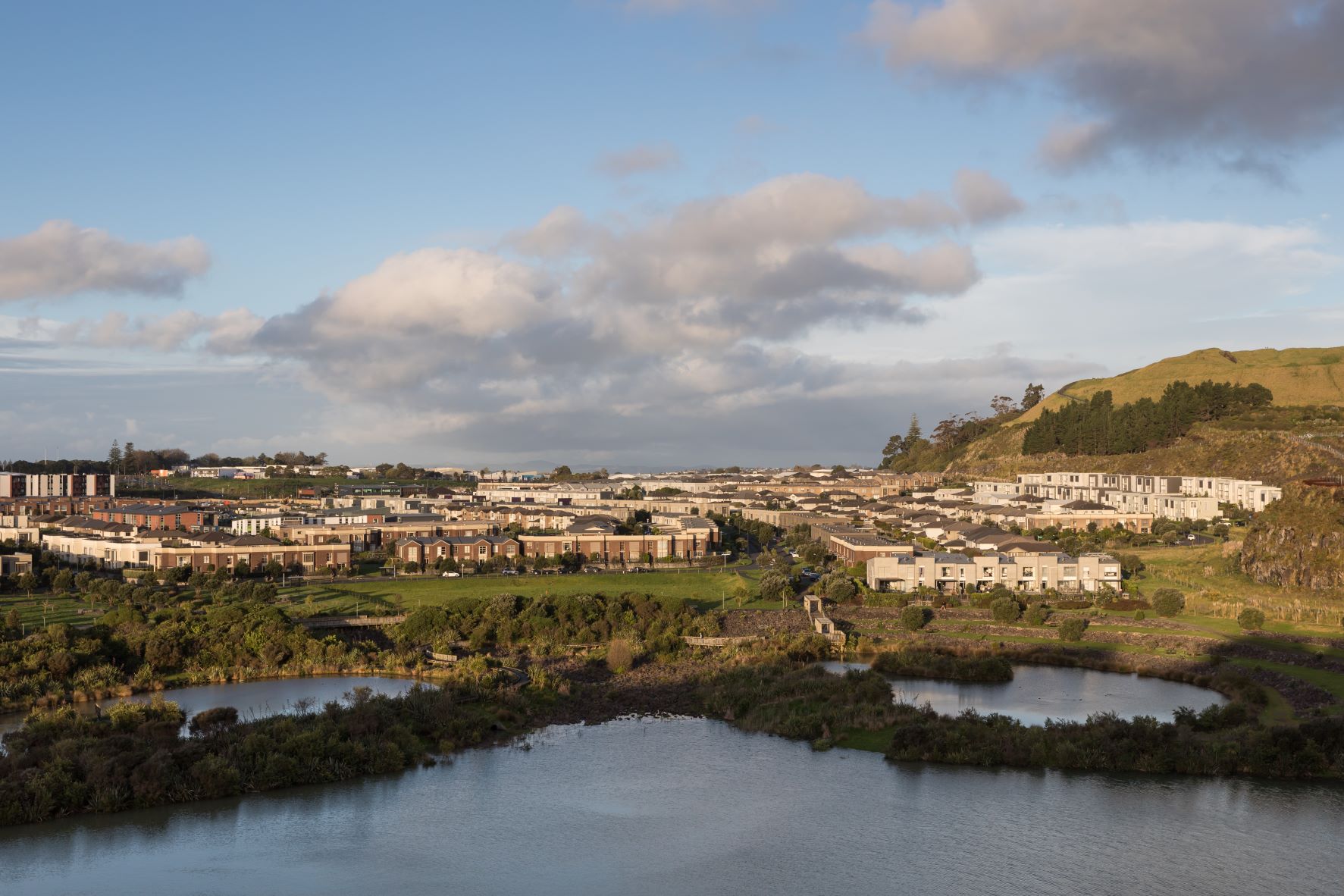