We get to see a lot of building conversions, but this has to be one of the best.

The penthouse within the converted Mt Eden Council Chambers building and fire station has already featured on Homed, and now the final apartment in the Chambers & Station development is up for auction, through Bayleys.

This high-end, ground-floor apartment sits within the former fire station building. The pole might have gone, but the original door openings for the fire engines have been retained and are a key feature at the front of the building.

Developed by Templeton Ltd, the building reflects the fact that no expense has been spared in the $15 million conversion.

Project director Nigel McKenna says right from the outset the team, with A Studio Architects, set out to respect all the spaces, retaining the original scale and proportion and returning each space to its full grandeur.

“Most of the original ceilings were 4m high, but at some point there was some ‘modernisation’, which saw these changed. We uncovered four false ceilings in one space on the ground floor. After we had pulled out three, we thought we had found the original ceiling, but no, we had to remove yet another one.”

The fire station building, which was constructed in 1924 (12 years after the chambers building), was a mass of little offices and corridors.

“It was hard to see the original dimensions of the space,” McKenna says. “We even discovered two key structural columns had been removed to open up a wall. The engineers said it must have been ‘luck’ holding up this part of the building.”

Now, the apartment reveals all the original splendour of the space, and adds plenty of modern convenience. At the rear the 113.64sqm interior opens up to a landscaped 53.2sqm covered terrace, complete with gas fire.

The apartment has two living areas, two bedrooms and two bathrooms, all finished to an especially high standard. The Bayleys listing describes it as an “entertainers’ playground”.
Bayleys Auckland Apartments City Living will be holding the auction on August 23.

To see other property developments by Templeton Group’s CEO Nigel McKenna, take a look at our portfolio. 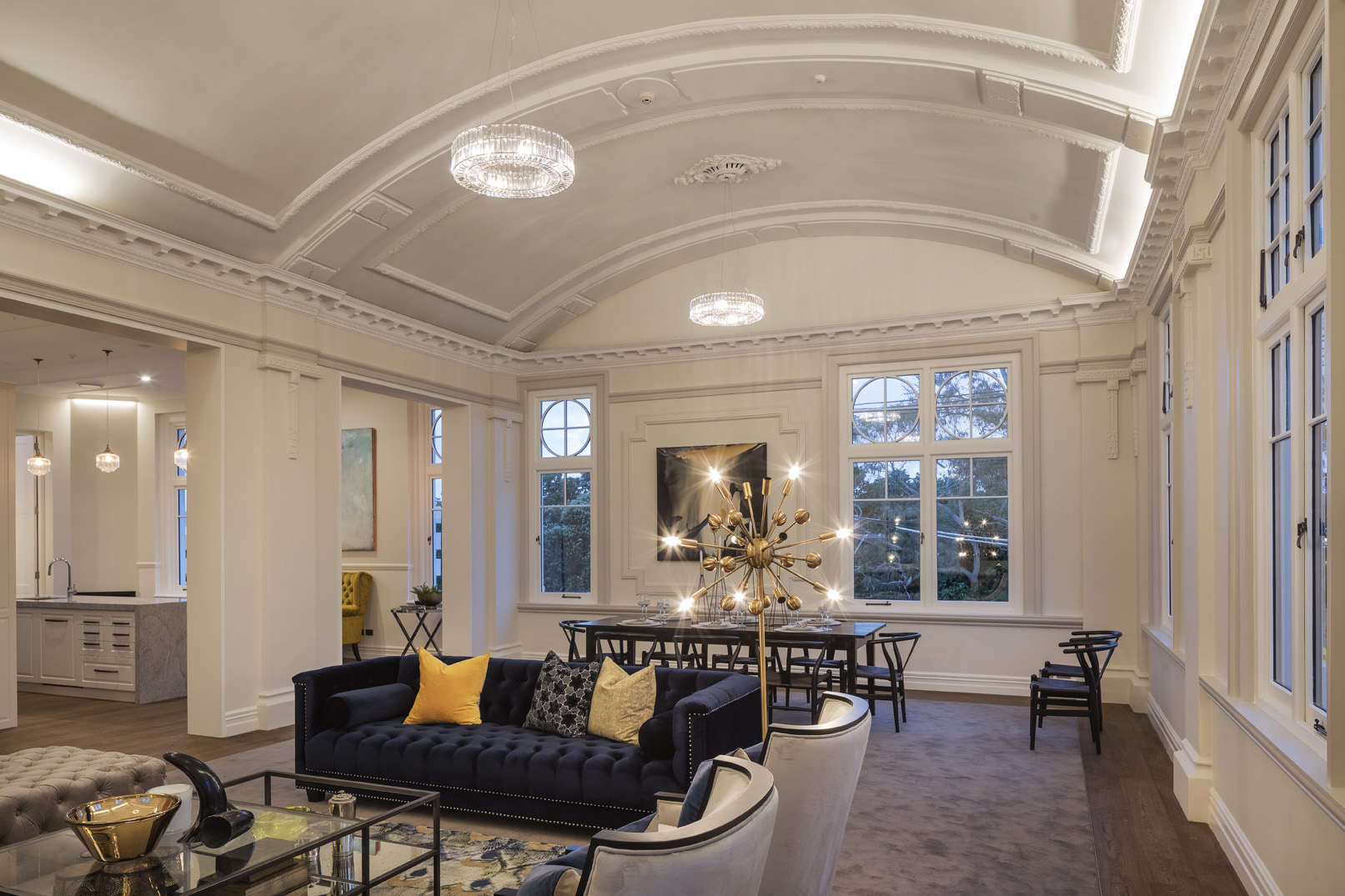